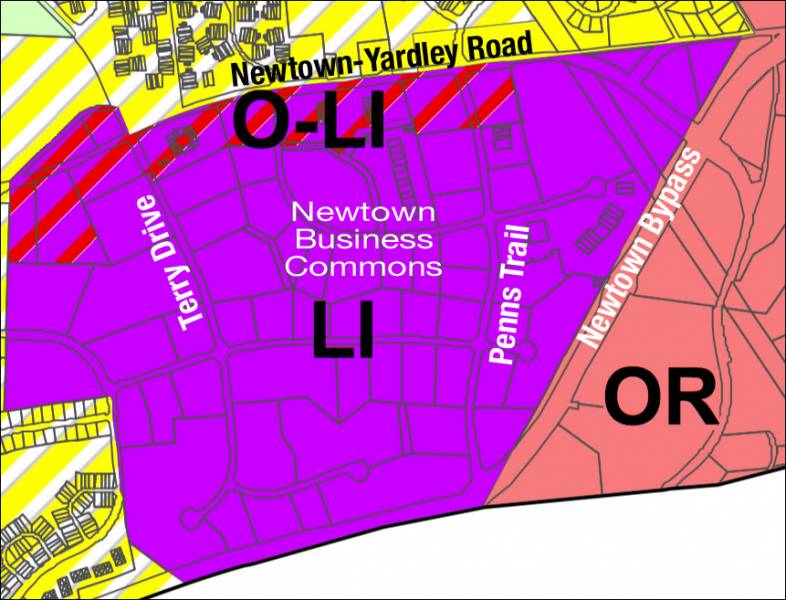 This was the first mention I have seen of the 2022 budget in ANY official agenda for a public meeting. Not even supervisors know what projects will be in the Township Manager's "recommended" 2022 budget, which will not be presented to the Board of Supervisors (BOS) until October 18, 2021.

However, the EDC discussion actually focused on the Bucks County Planning Commission (BCPC) REVISED proposal for Planning Services to Develop an Overlay District to the LI and OLI Zoning Districts. For background, view the video: "Township Planner Presentation on Rezoning the OLI & LI Districts." Members did not have the revised proposal to review at this meeting.

Members wanted to know more about the process for approval of the proposal and how they would be involved in the BCPC process if the proposal is approved by the BOS, which could happen at September 22, 2021, BOS meeting. They also discussed what overlay zoning entails.

Overlay Zoning is a regulatory tool that creates a special zoning district, placed over an existing base zone(s), which identifies special provisions in addition to those in the underlying base zone. The overlay district can share common boundaries with the base zone or cut across base zone boundaries. Regulations or incentives are attached to the overlay district to protect a specific resource or guide development within a special area.

Mary Donaldson - an EDC member - explained how an overlay to the LI and OLI zoning districts would allow for additional uses that are currently not permitted:

The EDC spent considerable time talking about possible new uses for the districts that the Overlay would allow. Restaurants, for example, were mentioned. You can find all the possible uses in a May 4, 2021 presentation before the Newtown Planning Commission by Township Planner Michele Fountain. You can also listen to that presentation.