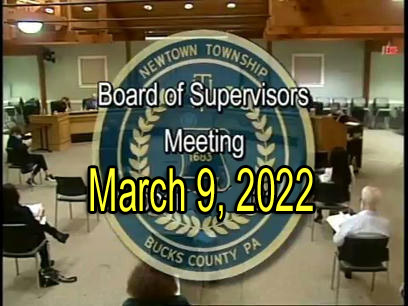 This is my personal summary of the March 9, 2022, meeting of Newtown Township Board of Supervisors (BOS). This is not a complete nor an official summary. See my meeting notes for more details. 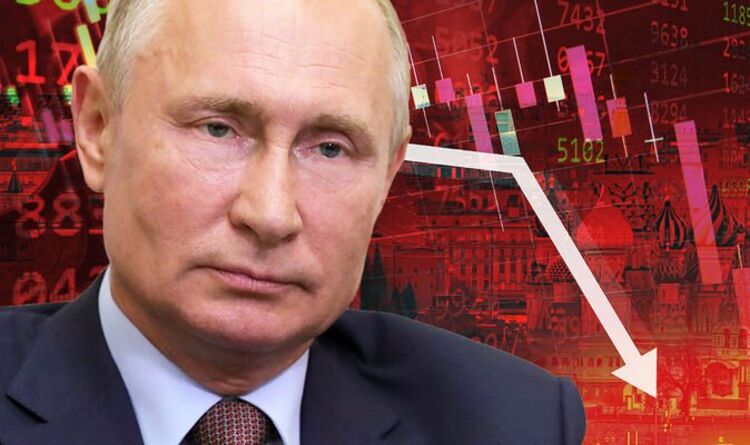 At the March 9, 2022, Board of Supervisors (BOS) meeting, supervisors signaled their intention to rid the township's pension fund of Russian stocks in protest against the invasion of Ukraine by Russia and the apparent war crimes being committed by Russia in Ukraine.

The BOS specifically instructed the Township Manager to email the pension investment manager about this issue. Here's what the email states:

"The The Board of Supervisors of Newtown Township, Bucks County, Pennsylvania is opposed to, and will refuse to do business with, any investment entity that is backed by or includes Russian investments. If Aberdeen Emerging Market Equity Fund, Inc. does not divest itself of all Russian investments in a timely manner, the Township will seek to invest in an alternative fund." View following video clip from the meeting. According to meeting minutes:

My Opinion: Let's NOT wait for Russia to fully open its stock market! Let's rid our pension funds of ABEMX stock NOW!

The Case for Dumping ABEMX... NOW!

UPDATE: On April 13, 2022, the Newtown Board of Supervisors unanimously voted to divest Twp pension funds of Aberdeen (ABEMX) holdings, which includes Russian & Chinese securities, and put 50% of the proceeds into a stock fund and 50% into a bond fund. Finally, we #StandWithUkraine!

On February 26, 2022, the Bucks County Association of Township Officials (BCATO) approved a resolution supporting the legalization of cannabis. Many states, including New Jersey, have legalized recreational adult use of cannabis with positive social outcomes and increased tax revenue. Lt. Gov John Fetterman estimated “conservatively” that legalization would generate $250 million in state revenue.

The next step is for PSATS to vote on this and support a state bill.

At the March 3, 2022, Joint Zoning Council (JZC) meeting, Council members discussed issues that any ordinance permitting the use of EV charging stations would need to address including: location, use of existing parking spaces, signage, public vs private locations, etc. For background listen to this discussion: PC Discusses Electric Vehicle Charging Stations

The JZC decided that the solicitor should work on a draft ordinance for review by the Council at its next meeting.

On March 11, 2020, Newtown Township passed a "Love is Love" Resolution in support of LGBTQ + minority youth (read "Newtown Township Passes Revised Love is Love Resolution"). This resolution was inspired by State Sen. Steve Santarsiero, who has attempted to get his LOVE is LOVE Resolution passed by the PA Senate for the last 3 years without success. Sen. Santarsiero is in the process of getting a state grant that will help fund the Rainbow Room in Doylestown AND bring a NEW Rainbow Room in our area – probably in Lower Makefield.

At a hearing before the Newtown Supervisors on the March 9, 2022, , Blue Point Grill (BPG) sought to get approval for the intermunicipal transfer of Pennsylvania restaurant liquor license No. R-18026, formerly located in East Rockhill Township, Bucks County (Wagon Wheel Tavern).

Act 141 of 2000 authorizes the Pennsylvania Liquor Control Board to approve, in certain instances, the transfer of restaurant liquor licenses across municipal boundaries within the same county REGARDLESS OF THE QUOTA LIMITATIONS. Such transfers MUST be approved by the Newtown Supervisors.

The original motion to approve the liquor license transfer died for lack of a second.  A subsequent motion to deny the application passed 3-2*. View the hearing in the following video clip from the meeting.

*According to the township solicitor, the BOS must meet again on March 18, 2022, to act on the application by resolution, which must be adopted in public session by a certain date (March 20) pursuant to the Liquor Code. At its last meeting, the Board only denied the application by motion (not shown in the video clip). Because a resolution must be adopted, there needs to be the special meeting. I guess we should have had 2 resolutions ready at the March 9 meeting - one to approve and one to deny - instead of assuming we only needed the approval resolution. Something to remember next time we are asked to approve a liquor license.

BPG can be a BYOB establishment just like the one in Princeton (with the same owner as the owner of the proposed BPG in Newtown), which is very successful according to the owner.

At the meeting I noted that such a restaurant located at 3 West Road (former location of a Corner Bakery) would require much more parking than is currently available at the location. This would require patrons to park in the lot across West Rd and cross that road to get to the restaurant – which can lead to more pedestrian injuries.

The Chief mentioned that another pedestrian was struck by a car on N Sycamore St near the Sycamore Grill. The Chief said the victim "made contact with a northbound vehicle" and was wearing "dark clothing." Luckily, she was not injured - i.e., she refused medical treatment.

MY COMMENTS: I have always objected to any kind of formulaic approach. The township pays the full salary and benefits of paid firefighters whether or not they respond to fires in the Borough.

QUESTION: Why a 5-year term with a “special review” in year one? What necessitates a “special review”? In any case, we have applied for a SAFER Grant to hire more paid firefighters to cover weekends. This is the third application. We have been informed that the last application was not granted because of doubt that the township has the resources to pay after the 3-year grant period. If we were to get the grant, it would cover the period from 2023 through 2026. After that we will need additional funds. The proposed agreement with Borough would terminate in 2027. That means, there would be only the 5% increase in 2017 to cover the additional cost of the (5) new hires. My recommendation would be to have a 3-year term and keep the “special review” after the first year.

The BOS agreed that the term should be 3 years rather than 5 years.

Newtown supervisors were asked to submit comments on their priorities regarding recommendations for the use of American Rescue Plan (ARP) funds. I submitted comments on each item in the list plus two additional items not on the list. I give each recommendation a PRIORITY RATING: 5 (high), 1 (low), 0 (not recommended at all).

Embedded below are my notes that I prepared before the meeting. It includes questions and links to background information and other details. You can also download the PDF file.