On April 4, 2018, Gov. Tom Wolf renewed the state’s “opioid disaster declaration.” The declaration makes it easier for victims addicted to opioids to get treatment such as waiving certain licensing fees and eliminating other roadblocks to treatment. However, it does NOT include any expansion of PA Act 16 - PA's Medical Marijuana (MMJ) Law - that would allow more people who use opioids for pain relief to switch to MMJ, which has been shown to be effective in treating pain (listen to this podcast: "Medicinal Cannabis Can Reduce the Need for Opioids").

MMJ is not a “magic bullet” that will end the opioid epidemic, but there is evidence that it can help. A study that researched the association between the existence of state medical marijuana laws and opioid overdose deaths from 1999 to 2010 found that opioid overdose deaths declined by as much as 25% in states that had medical cannabis laws in effect.

Unfortunately, it is not possible for certified physicians in PA to prescribe MMJ for treatment of moderate to severe chronic back pain or hip or knee osteoarthritis pain – the types of pain for which opioids are often overprescribed.

Another problem is the limitations placed on the access to MMJ. In Pennsylvania, MMJ is not sold or distributed in pharmacies such as CVS, Rite-Aid, etc. Patients and caregivers can obtain medical marijuana only at VERY FEW approved dispensaries approved by the PA Department of Health. Furthermore, MMJ dispensaries “may not be located within 1,000 feet of the property line of a public, private or parochial school or a day-care center” according to PA Act 16.

At the April 11, 2018, Newtown Township Board of Supervisors meeting, Allen Fidler, Chair of Newtown Township's Planning Commission, noted that Jerry Schenkman of the Law Offices of Sean Kilkenny, advised the Commission that the state law does not define “school.” Listen to his comments in this video clip:

Medical Marijuana and Opioid Addiction Survey asked respondents' opinions on two aspects of this issue: if they think MMJ has a role in combatting opioid addiction and whether they agree with the school zone restriction.

THIS SURVEY IS NOT AN OFFICIAL SURVEY OF NEWTOWN TOWNSHIP OR ANY OTHER GOVERNMENTAL AGENCY. Results of the survey, however, may be used by Supervisor John Mack to help form his opinion and make reports to the Newtown Board of Supervisors.

As of May 13, 2018, 20 responses have been collected. Seventy percent (70%) of respondents believe Medical Marijuana can have a role in preventing the over prescribing and overuse of opioid painkillers and thus help fight opioid addiction whereas only 15% do no think so. 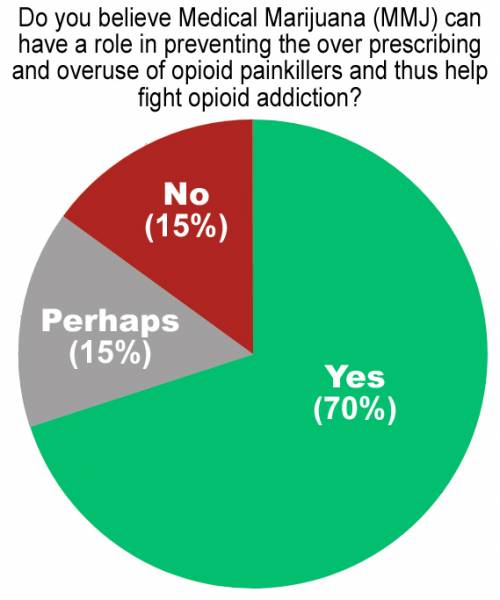 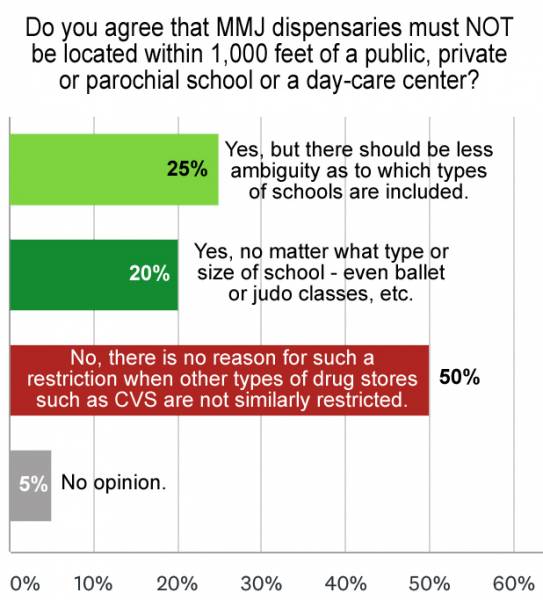 The survey is still open. Use the form below to take the survey or click here.