The delayed agreement has been finalized and will be on the July 13, 2022, BOS agenda for approval. Under the terms of the three-year contract, the borough will begin paying the township an annual base fee plus an incremental five percent increase a year over the course of the agreement. I  discussed the details of this agreement, which has been in the works since early 2021. Read more…

What’s the Deal with Chick-fil-A?

The supervisors approved a settlement with Newtown Shopping Center to allow improvements to Chick-fil-A that hopefully will alleviate the traffic issues. But they said NO to more retail space (e.g., an Old Navy). I reviewed the details of the settlement at this meeting. Read “Newtown Supervisors Approve Chick-fil-A Settlement Agreement: Traffic Improvements On the Way!” 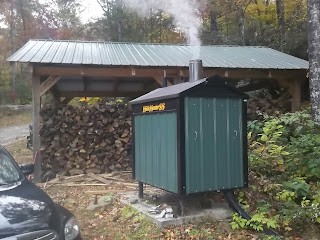 A suggestion was made at the June 2, 2022, JZC Meeting that perhaps an ordinance is needed prohibiting outdoor wood-burning furnaces, which - due to high gas and oil prices - may become more popular. It also was suggested that such a use would have an impact on the climate. I found a cartoon below in the June 6, 2022, issue of The New Yorker that – with a slight modification – may be appropriate. 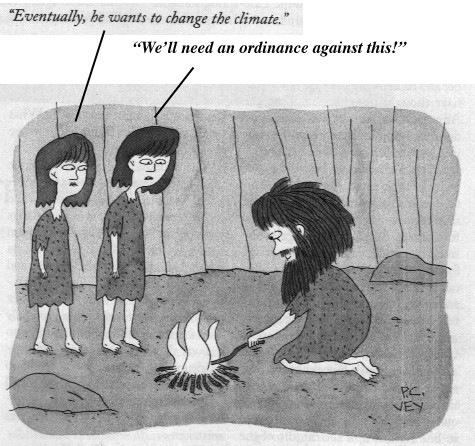 The JZC authorized its solicitor to prepare a draft billboard ordinance for discussion at a future meeting. The idea is to provide a use for non-electronic billboards limited to Route 413 in Wrightstown. At the April 7, 2022, JZC meeting, Pogonowski mentioned that he saw a Zillow listing (see image below) for a sliver of land on the Newtown Bypass that said "may become a huge cash cow for rental income from commercial billboard(s)."

Recall that Provco/Wawa at the last minute canceled its meeting with the BOS on May 11, 2022 (read “Newtown Wawa Developers Just Stood Up Supervisors at a Big Meeting”). No reason was given, but Wawa will have to come before the BOS before August 15, 2022.

After Mr. Andrew Campanelli, ESQ. - an expert in telecommunications law - pointed out deficiencies in the current draft of the ordinance proposed by the Jointure, the majority of Newtown Supervisors decided not to approve the ordinance before having a chance to make changes, which I reviewed at this meeting. Read “An Expert's Critique of the JMZO 5G Wireless Ordinance”.

The Township has received $2,049,842 pursuant to the American Rescue Plan/Act (ARP/ARPA). The BOS approved using ARPA funds to purchase an additional 3 new police cars for $211,497.15 and one new dump truck for $188,524.00. The following chart summarizes approved uses of ARPA funds to date. What else is on the township’s “wish list” for these funds? What would you like to see this money used for? It’s YOUR money! 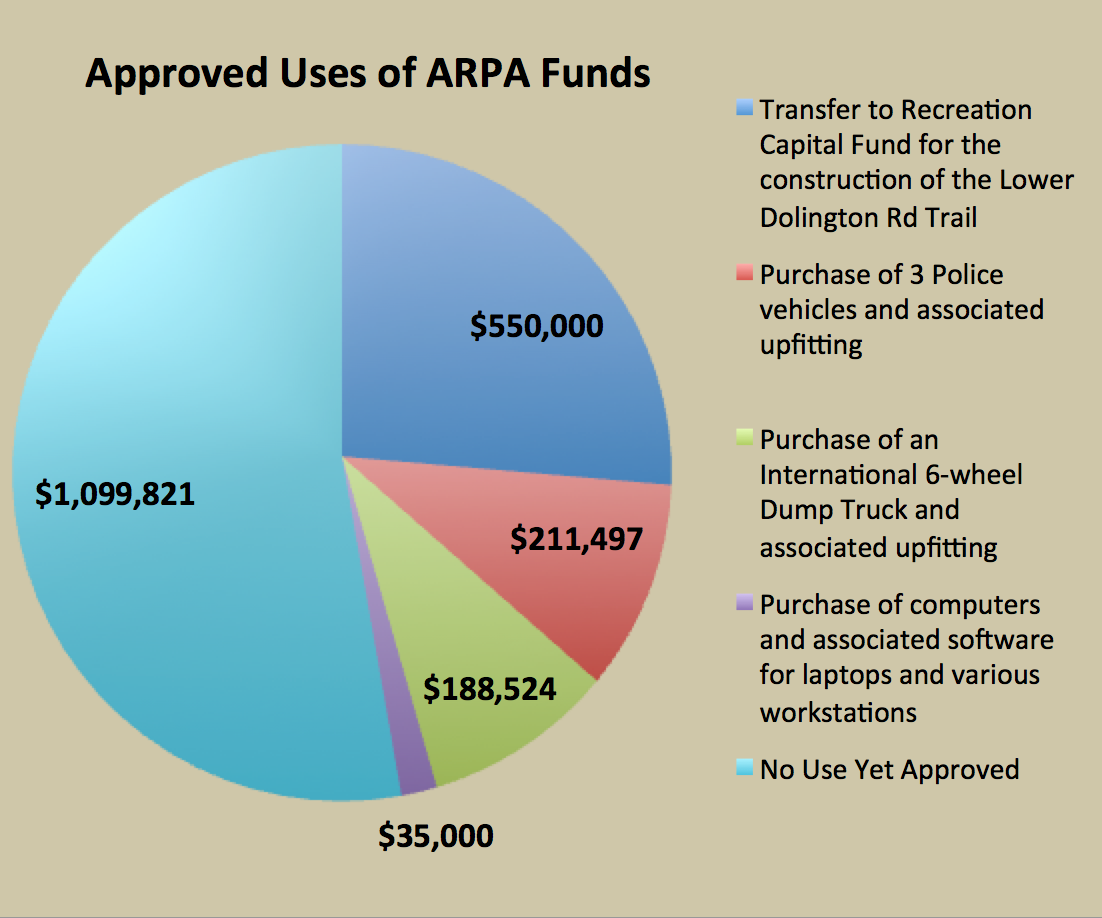