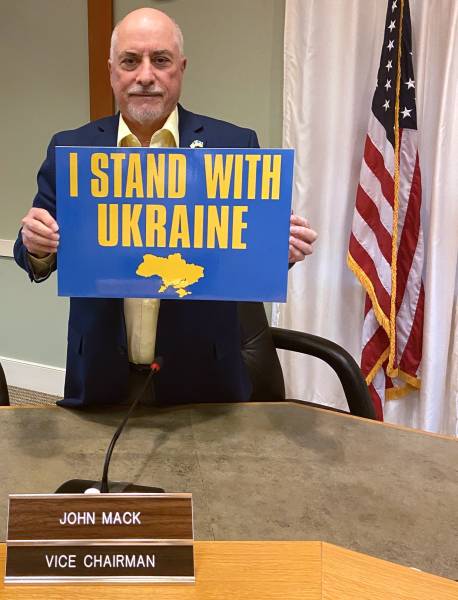 UPDATE: On April 13, 2022, the Newtown Board of Supervisors unanimously voted to divest Twp pension funds of Aberdeen (ABEMX) holdings, which includes Russian & Chinese securities, and put 50% of the proceeds into a stock fund and 50% into a bond fund. Finally, we #StandWithUkraine!

At the March 9, 2022, Newtown Township Board of Supervisors (BOS) meeting, supervisors signaled their intention to rid the township's pension fund of Russian stocks in protest against the invasion of Ukraine by Russia and the apparent war crimes being committed by Russia in Ukraine.

Six percent (6%) of Newtown's pension funds are Aberdeen Emerging Fund stocks (ABEMX), which has holdings in Russian stocks (see table below). The total holdings of ABEMX fund stock in Newtown Township pension funds is $2,227,507. In fiscal year 2021 ABEMX lost 4% of its value. Therefore, regardless of Russian holdings, it makes sense to dump a fund that has been losing money even BEFORE Russia invaded Ukraine and invest the money in other funds that have been making money, even in a index fund that tracks the DOW, which gained 18.73% in 2021. I have no faith that ABEMX will turn around and increase in value in 2022. 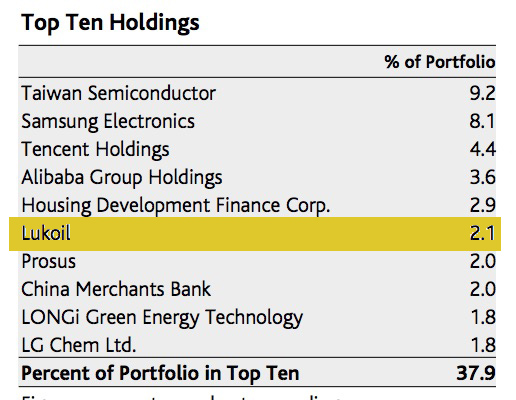 On Monday, March 21, 2022, Supervisors were informed that Dahab Associates (Newtown Township pension funds manager) informed the township that ABEMX can’t offload Russian stock because the Russian stock market is not open. However, supervisors have made it clear that "the Township does not want the funds invested in Russian markets and if Aberdeen is not divested, then our funds should be moved out of Aberdeen."

According to Dahab: “The representative from Aberdeen stated that their intent is to absolutely sell off any Russian stock once they are able to do so when the Russian markets reopen. Dahab's recommendation remains to remain in the fund for the time being, and they will monitor the fund as closely as possible.”

Although the Russian stock market resumed limited trading on Thursday, March 24, 2022, it did so under heavy restrictions; e.g., foreigners – INCLUDING ABEMX – are barred from selling.

My Opinion: Let's NOT wait for Russia to fully open its stock market! Let's rid our pension funds of ABEMX stock NOW! Not only does it hold Russian (and Chinese) company stocks, it's losing money!

The Case for Dumping ABEMX...

To gauge the opinion of residents before the BOS votes, I hosted an online survey, which collected 76 responses. The survey asked simply: “Should Newtown Twp Pension Funds Divest Russian Stocks?” 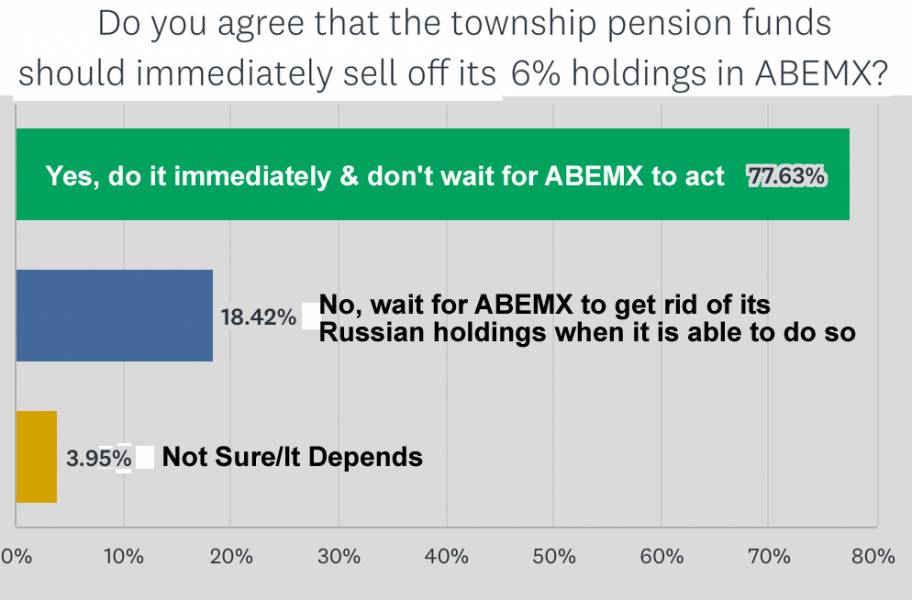 DISCLAIMER: This is not an official Newtown Township approved survey. Its purpose is solely to inform John Mack – a Newtown Supervisor – of the public’s opinion regarding this issue.