Other Than Newtown, Which PA Municipalities Have Supported Women's Reproductive Rights?

On June 13, 2018, the Newtown Board of Supervisors passed a non-binding “gun safety” resolution. The resolution (here) states that as many as 116,225 people are shot each year in America, and that 35,141 people die from gun violence in “murders, assaults, suicides, suicide attempts, unintentional shootings or by police interventions.”

The resolution called for gun safety laws that would – among other things - “[Ensure] that background checks are required on all gun sales, including online and at gun shows. In Pennsylvania, preserve the provisions of the Pennsylvania Instant Check System (PICS), which provides instant access to background records.”

"Thank you for your letter and resolution regarding gun control legislation. While improving background check laws to prevent criminals from obtaining firearms is needed, gun violence is not a singular issue. I have travelled throughout the commonwealth, listening and learning from Pennsylvanians about what they are going through and what we can do to address the safety needs of our communities. This Spring, I created the School Safety Task Force in order to address safety concerns in our educational institutions across the commonwealth that were highlighted by the tragedy in Parkland, Florida. I have also called on our leaders in the United States Congress to take steps towards banning military-style weapons and dangerous accessories like bump stocks. These are common sense laws and regulations that need to be put in place in order to ensure the safety of our children, schools, and families. All of us must take steps - community leaders, elected officials, public safety professionals - to continue to work to reduce violence. Please be assured that I will keep your suggestions in mind when reviewing legislation on this matter."

"I am always impressed and humbled by the dedication shown by local leaders like you. Your input will greatly help as I work to improve education, create jobs, and make government work better. Together, I believe we can build a stronger Pennsylvania."

Also, thank you local Council Rock students for you comments in support of the resolution (see video below). 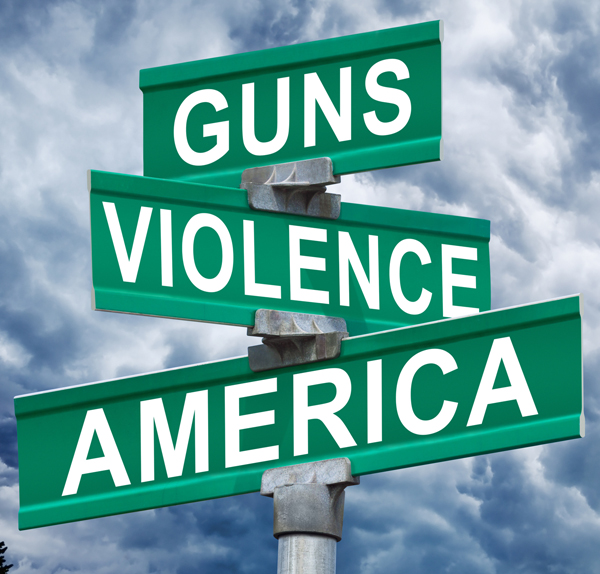 According to a personal communication from Yardley Borough Council member Dave Bria, “On Tuesday, June 5, the Yardley Borough council will consider a gun safety resolution. I want to invite all of you to attend the meeting in support of this resolution. The vote isn't a sure thing… We must be sure our voices are louder and clearer than the opposition in order to sway these votes.”

The resolution quotes statistics from the Brady Campaign, which says “116,255 people in America are shot in murders, assaults, suicides & suicide attempts, unintentional shootings, or by police intervention” in America every year.

Hoping to change that statistic favorably, the resolution states “the Borough believes additional gun safety laws are needed to protect the safety and health of our residents and urges the Pennsylvania General Assembly and the United States Congress to enact laws to reduce gun violence, including:

Bria hopes that other Yardley Borough Council members will “go along with the sentiment in the room” and vote to approve the resolution, which was based on the resolution Solebury Township passed in 2016. Will Newtown be next to consider a similar resolution?

UPDATE - June 11, 2018: Yardley’s gun safety resolution received “yes” votes from four council members, with two members abstaining and one member absent from the meeting. New Hope and Solebury both passed similar gun resolutions in 2016, while Lower Makefield and Middletown discussed but did not pass resolutions in previous years. An identical resolution will be considered by the Newtown Board of Supervisors on June 13, 2018 (find the agenda here).

At the May 9, 2018, Newtown Board of Supervisors (BOS) public meeting, an anti-gerrymandering, PA Congressional Redistricting Resolution proposed by Fair Districts PA was passed by a 4 to 1 vote. Supervisor Kyle Davis cast the one "No" vote (see below for the entire Resolution).

One issue that was discussed extensively was the creation of a "truly independent citizens redistricting commission devoid of political motivation or partisanship." Mr. Davis was "not clear" on how this commission would be set up. In comments before the BOS, Mare Kremser, who works for Fair Districts PA, explained how members of the commission would chosen (see video below).

After hearing the comments, Mr. Davis said "I do agree that there's an issue. I think the system as it exists might be tweaked. I don't want to see it go from a legislative process to a commission of political appointees."

Chairman Phil Calabro stated that "This is not a commission of perfection...redistricting is a seesaw. It's always changing depending on who's in power. We just want to see better transparency."

A RESOLUTION OF THE BOARD OF SUPERVISORS OF NEWTOWN TOWNSHIP, BUCKS COUNTY, PENNSYLVANIA, IN SUPPORT OF A CITIZENS COMMISSION FOR LEGISLATIVE AND CONGRESSIONAL REDISTRICTING

WHEREAS, the citizens of the Township of Newtown and the Commonwealth of Pennsylvania deserve a fair, fully transparent, impartial and depoliticized process of the decennial drawing of state legislature and congressional districts of near equal population; and

WHEREAS, legislative and congressional redistricting has at times resulted in gerrymandered districts that favor one political party over others; and

WHEREAS, such gerrymandering of legislative and congressional districts has worked at times to the detriment of our representative democracy; and

WHEREAS, the creation of a truly independent citizens redistricting commission devoid of political motivation or partisanship will: ensure a fair, transparent, and accurate legislative and congressional redistricting process that respects political subdivisions; prohibit districts from being drawn to favor or discriminate against a political party or candidate; require the use of impartial and sound methodology when setting district boundaries; require public input; and fully comply with the constitutional requirement that "no county, city, incorporated town, borough, township or ward" be divided "unless absolutely necessary,"; and

WHEREAS, legislation to amend the Pennsylvania Constitution to reform the decennial legislative and congressional redistricting process with the intent of using fairness and sound methodology in a non-partisan fashion is required to ensure these reforms.

NOW, THEREFORE, BE IT RESOLVED that the Newtown Township Board of Supervisors does hereby support legislative efforts to amend the Pennsylvania Constitution to assign the decennial task of both legislative and congressional redistricting to an independent citizens redistricting commission; and

BE IT FURTHER RESOLVED that we call upon all those elected officials and party leaders in the Commonwealth of Pennsylvania who represent the citizens of the Township of Newtown (see list below) to publicly announce their support of and commitment to work towards passage of such legislative efforts, and that a copy of this resolution be delivered to each of them.

UPDATE (June 18, 2018): Newtown Township Manager Kurt Ferguson received a letter from Governor Tom Wolf in response to this resolution. "Thank you for contacting me regarding Newtown Township's resolutions regarding fair congressional redistricting," said Wolf. "Listening to local elected officials and community leaders is the best way for me to understand the complex and challenging issues you each face every day as you strive to build stronger communities and create opportunities for your constituents...I will certainly keep your resolution in mind as we continue to work to remove outdated and unfair policies that make voting too difficult, make special interests too powerful, and make politicians less accountable."