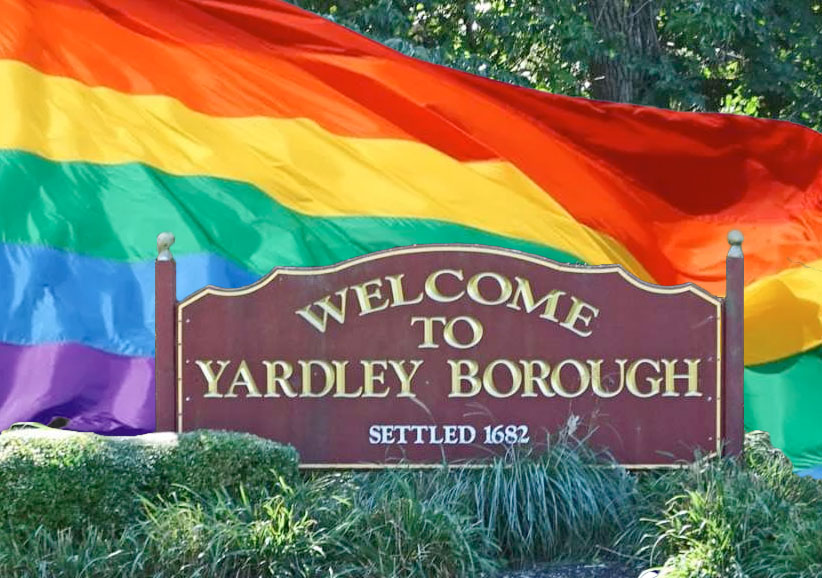 At the February 6, 2018, Yardley Borough Council meeting, members unanimously (7-0) agreed to advertise a new Anti-Discrimination Ordinance. A final vote to adopt the ordinance will me made sometime in early March, 2018 (see UPDATE below), at which time residents and businesses can submit comments prior to the vote. New Councilman David Bria introduced the ordinance.

The primary purpose of the ordinance is “to foster the employment of all individuals in accordance with their fullest capacities regardless of actual or perceived race, color, sex, religion, ancestry, genetic information, national origin, sexual orientation, gender identity or expression, familial status, marital status, age, veteran status, mental or physical disability, use of guide or support animals and/or mechanical aids, and to safeguard their right to obtain and hold employment without such discrimination, to assure equal opportunities to all individuals and to safeguard their rights to public accommodation and to secure housing accommodation and commercial property.”

“The idea out there is that if the discrimination is related at all to the way someone identifies their sexual identity or gender identity, they would be protected,” he said. “It doesn’t matter how they identify but if it’s related to how ... we want to cast a broad net so there aren’t loopholes with this label or that label.”

Unlawful Acts under the ordinance includes:

It is not unlawful, however, for a religious corporation or association, “not supported in whole or in part by governmental appropriations, to refuse to hire or employ an individual on the basis of religion.”

Bria noted that there are no state or federal laws that already protect LGBTQ – “Lesbian, Gay, Bisexual, Transgender, and Queer” - citizens. Pennsylvania’s Human Relations Act currently prohibits discrimination in housing and employment, but does not include sexual orientation or gender identity as protected categories. People who self-identify in these categories are not protected under federal laws like the Civil Rights Act either.

The proposed ordinance also prohibits “conversion therapy” of minors. Such therapy seeks to change an individual’s sexual orientation and/or gender identity or expression, and includes efforts to change behaviors and eliminate sexual or romantic attractions or feelings toward individuals of the same gender. The worst cases, according to Bria, are where young people are forced to stay in inpatient facilities and undergo shock therapy.

The proposed ordinance establishes a Human Relations Commission, which is charged with handling complaints and convening a “fact-finding” non-public conference concerning the dispute. If there is no resolution to the conflict, the Commission will convene a public hearing and may take additional action and remedies permitted under the Pennsylvania Human Rights Act.

In this podcast interview Bria discusses some of the reasons why he feels it is important for local Bucks County municipalities like Yardley Borough to enact anti discrimination laws.

UPDATE (July 11, 2018): On March 6, 2018, Yardley Borough became  the fifth Bucks County municipality to adopt an Anti-Discrimination Ordinance (see here). That ordinance, however, may become null and void if PA House Bill 861 is passed. That bill says a municipality “may not in any manner regulate ... or enforce any mandate regarding employer policies or practices” other than its own (see article below).