The following is a summary of discussions at the August 13, 2018, Newtown Board of Supervisors (BOS) Work Session based upon my notes. This is not a complete synopsis of the discussions. Please refer to the official minutes (here) for more details. Work Sessions are intended to informally discuss issues. No official decisions are made at these sessions.

Representatives from Toll Brothers were at the meeting to present a sketch plan for a 173-home development along Durham Road and Twining Road on land owned by the Archdiocese of Philadelphia. Unfortunately, the presentation was cut short due to the lack of preparation by the presenters, who did have the necessary visual aids to provide to the audience, which consisted of about 30 residents from surrounding communities. “Let’s just reschedule this for next month,” said Chair Phil Calabro as he cut short the presentation.

Meanwhile, it was agreed to post the plans for the development on the Township website (here) so that residents can download them in preparation for the next go round. The plan below is plan 3, which is the proposal Toll Brothers intends to present to the town. 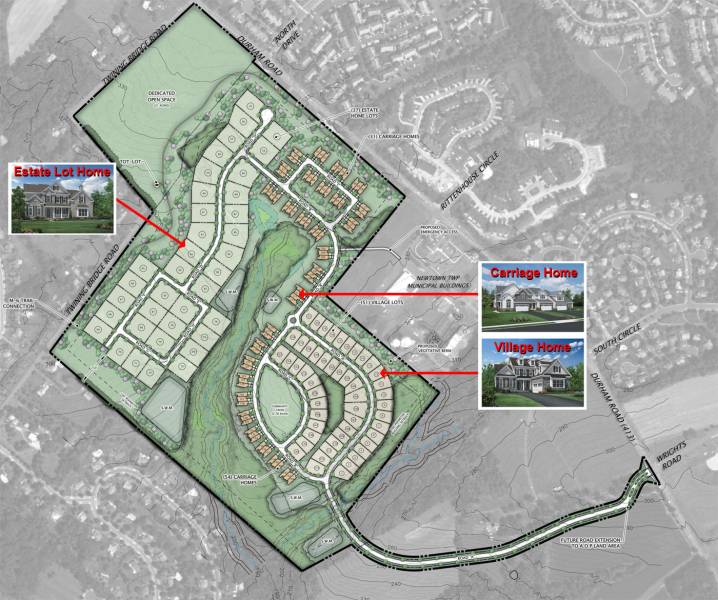 Under “Old Business,” Supervisor Mack asked that the anti-discrimination ordinance he proposed at the July 11, 2018, BOS meeting be put on the agenda of a future meeting. Township solicitor, Dave Sander, previously provided the Board a copy of the Lansdale Borough “Human Relations Ordinance” as a starting point.

Mr. Mack suggested that Dave Bria, Yardley Borough Council Member, be asked to speak to the Board about the ordinance passed by Yardley (read “Yardley Borough Passes Local Anti-Discrimination Ordinance”) and the progress they have made in putting together a Human Relations Commission, which would be charged with handling complaints and convening a “fact-finding” non-public conference concerning the dispute.

Mack informed the Board that Governor Wolf recently signed an executive order creating the Pennsylvania Commission on LGBTQ Affairs, the only one in the nation (see here).

The Board discussed the recent removal of many trees in the Village at Newtown shopping center along Durham road as part of the Brixmor renovation project. Mr. Mack reminded the Board that many residents, having seen the trees suddenly disappear, expressed concern via social media (see here) and Township Manager, Micah Lewis, said some residents have come in to view the plans for the replacement of the trees.

Mr. Lewis noted that many trees that were removed were deformed by PECO pruning and/or diseased or in a poor state due to age (see photo on left, which shows some trees along Durham Road as they looked circa October 2014). Some were also removed to make way for sidewalks.

Although the shopping center is private property and the owners have the freedom to landscape as they see fit, Mr. Mack reminded the Board that a condition of the settlement with Starbucks was that Starbucks would provide “an enhanced landscaping” buffer around the building, to the “satisfaction of the Township Planner.” It was hoped the same applies to landscaping in other areas of the shopping center.

Mr. Lewis – who is a Landscape Architect – agreed to meet with Supervisors one-on-one and with members of the Environmental Advisory Council to go over the plans for landscaping and the details of tree replacement.

Mr. Mack suggested that Newtown become a “Tree City” recognized by the Arbor Day Foundation. Newtown Borough – but NOT Newtown Township – is one of the 111 Pennsylvania municipalities that are recognized as a Tree USA community!

Mr. Lewis informed the Board that on July 27, 2018, PennDOT met with Newtown Township officials and agreed to provide the following upgrades to Swamp Road at the intersection of Twining Bridge Road: 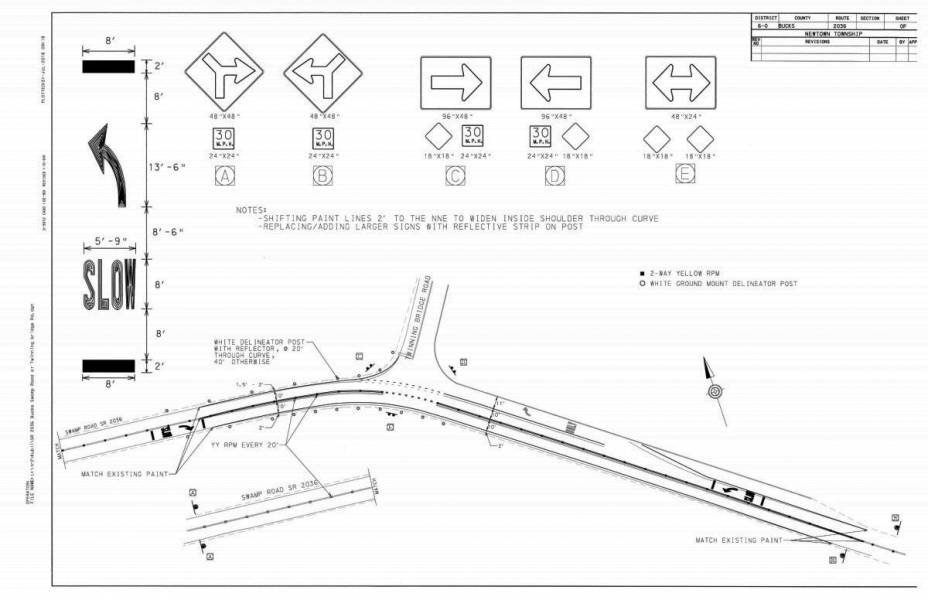