The following is a brief summary of the October 24, 2018, Newtown Board of Supervisors (BOS Definition) meeting based upon the official minutes of that meeting, which you can find here. See how Supervisors voted on motions (click here).

Finance Committee: Jack Brod, Chair of the Newtown Finance Committee (NTFC) read a prepared statement urging the BOS to apply for a Department of Community and Economic Development grant to develop a 3-5 year financial plan. The plan can include expense reduction and/or revenue enhancement and/or economic development strategies to grow the tax base. This grant requires a 50% match on funding.

[The September 20, 2018, NTFC report is based on a preliminary and limited analysis of Township budgets and financial documents by committee members. It represents the Committee's first attempt to identify potential fiscal issues and concerns, needed benchmarking of township services, staffing, income and expenditures against other municipal governments and accepted standards; (3) possible implications of the fiscal issues we have estimated, and initial recommendations for future consideration and actions.  Find the complete report here.]

Planning Commission: Allen Fidler, Chair of the Newtown Planning Commission read a synopsis of the latest meeting regarding a revised amendment to the Joint Municipal Zoning Ordinance (JMZO Definition) to amend provisions of the OR-Office Research District to add new use (E-25, Motor Vehicle Fueling Center). This proposal is a text amendment to the OR-Office Research District that if adopted, the ordinance would permit a new use: the E-25 motor vehicle fueling center by conditional use in the OR district which is only within Newtown Township.

OR Text Amendment (Public Comments): Alan Hathaway stated he is against the Text Amendment Definition request to add a new use to a zoning Ordinance Definition of the Jointure Definition for the property at Lower Silver Lake Road and the Bypass that would benefit Wawa. He’s concerned about traffic, hours of operation, pedestrian safety, environmental damage, and opening the opportunities to fast food restaurants.

Michael Horbal had requested a copy of the text amendment via the Right-to-Know (RTK) Law Definition and was declined based that it is a draft notice. Mr. Horbal noted companies with site planning criteria that would fit on the same size parcel that the proposed text amendment states.

[Supervisor Mack asked asked Dave Sander, the Township Solicitor Definition, to outline the next steps for the Text Amendment. The short answer was "it's complicated." The following video clip from the BOS meeting provides the definitive and a more detailed answer.]

Anti-Discrimination Ordinance: There is a need to advertise the anti-discrimination ordinance for enactment. The vote for this ordinance is scheduled to take place at the November 28, 2018 Board of Supervisor’s meeting. Mr. Mack made a motion to authorize advertisement. Mr. Fisher seconded. The motion passed 5-0.

"I would like to thank the Board of Supervisors for proposing this Ordinance, the adoption of which was a goal of mine going back to December, 2017, when I interviewed Dave Bria – at that time a newly elected Yardley Borough Council member – about his intent to introduce an anti-discrimination ordinance to protect the LGBTQ - Lesbian, Gay, Bisexual, Transgender, Queer/Questioning - community in Yardley from employment and housing discrimination (listen to that interview here). His efforts were an inspiration for Newtown’s Anti-discrimination ordinance, which goes further.

"This ordinance is even more important now that the U.S. Department of Health and Human Services is spearheading an effort to establish a legal definition of sex under Title IX, the federal civil rights law that bans gender discrimination in education programs that receive government financial assistance, according to a memo obtained by The New York Times.

"The agency’s proposed definition would define sex as either male or female, unchangeable, and determined by the genitals that a person is born with, according to a draft reviewed by the New York Times. 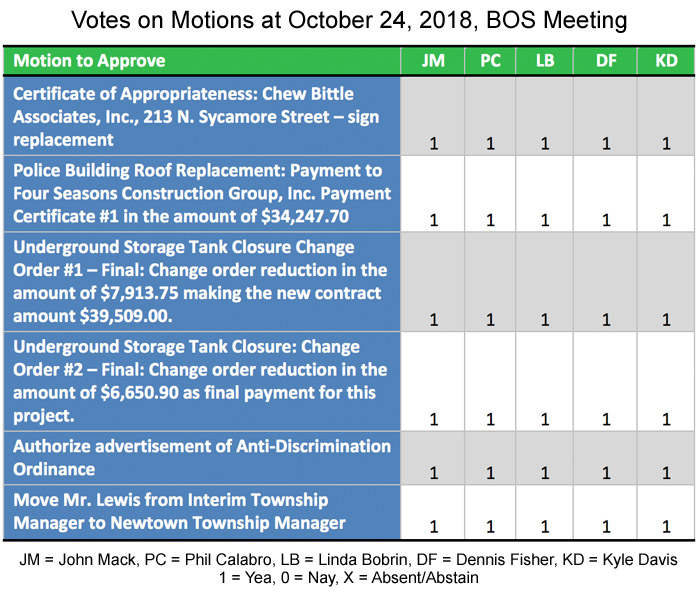