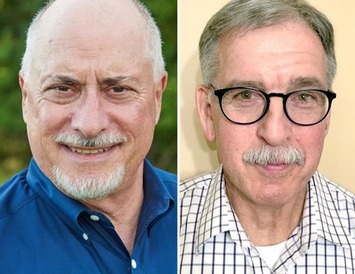 John Mack and Dennis Fisher, both incumbents on the Newtown Township Board of Supervisors, have been endorsed by the Newtown Democrats in their election bids for six-year terms. They are running unopposed in the May 21 Democratic Party primary for the only two upcoming openings on the township’s governing body. The general election will be held on November 5.

Mack won a two-year seat in the 2017 election drawing the most votes among all candidates running for three open positions on the board [read "Mack Clobbers Couch!"]. Fisher was appointed to the board in July 2018 to fill the remaining term of Democrat Jen Dix who moved with her family to New Hampshire [read "Dennis Fisher Appointed to Replace Jen Dix on Board of Supervisors"]. 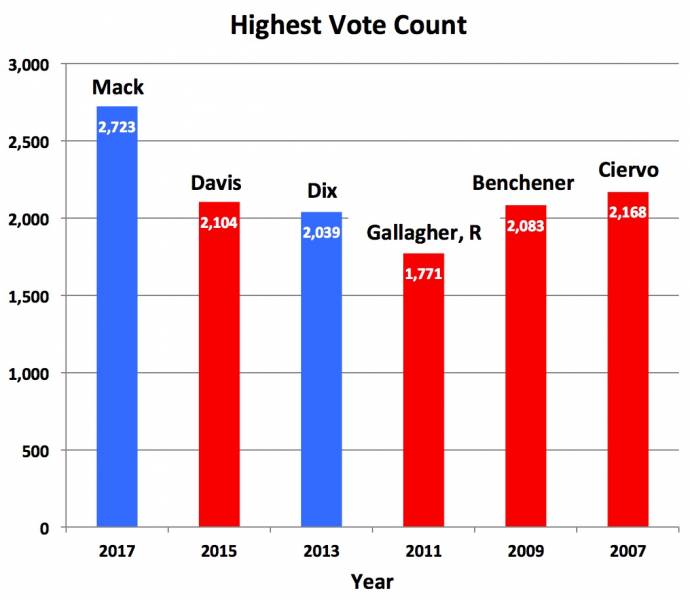 “We’re very fortunate to have two highly capable and dedicated candidates who have already proven themselves on the Board of Supervisors as advocates for responsible government,” said George Skladany, chairperson of the Newtown Democrats. “The municipal election this fall will be about who has the best long-range interests of the township and its residents in mind.”

Mack and his wife, Debbie, have been township residents since 1995. In a statement to the Newtown Democrats, Mack cited his background -- degrees in chemistry and biochemistry and publisher of a pharmaceutical industry newsletter that advocates for ethical industry practices -- for his focus on protecting the environment and combatting the opioid crisis.

“Through my efforts, the township now offers a 24/7 drop-off program for unused prescription and other drugs,” he said. [Read “John Mack Proposes 24/7 Drug Drop-Off Box for Newtown” and “My Case for a 24/7 Drug Drop-Off Box”] He also noted his strong support for the anti-fracking resolution enacted by the Board of Supervisors last year, and his introduction of the 2018 anti-discrimination ordinance that established the township’s Human Relations Commission [Read “Newtown Township Appoints Members of the Newly Created Human Relations Commission”]

A township resident for 27 years, Fisher has been active in local affairs since being appointed to the township Planning Commission in 2006 and serving as its liaison to the township Environmental Advisory Council. In 2017, he was elected to the post of Township Auditor, from which he stepped down to assume his place on the Board of Supervisors. Recently retired after a 42-year career as a mental health professional, Fisher is active in church affairs, is chairperson of the non-profit Liberia Education Project, and is the former vice chair and chairperson of the Newtown Democrats.

In his appeal for the support of the Newtown Democrats, Fisher cited his years of experience in township governmental and political affairs, and his open-minded listening skills honed in his professional career. “I see the role of Supervisor as one of public service, and I have a heart for it,” he told the group. “My only ambition is to keep this township a great place to live, work and raise our families.“