The following is a brief summary of the April 10, 2019, 2019, Newtown Board of Supervisors (BOS Definition) meeting based upon the official minutes of that meeting, which you can find here. In attendance and voting were Supervisors: Chairman Phillip Calabro, Vice Chairman Linda Bobrin, Secretary John Mack and member and Dennis Fisher. Also in attendance were: Township Manager Micah Lewis, Township Engineer Owen Hyne and Township Solicitor David Sander. Absent: Kyle Davis.

Planning Commission: Peggy Driscoll, Vice Chair of the Planning Commission reported that at its meeting on April 2, 2019, the only item on the agenda was the Revised amendment to the Joint Municipal Zoning Ordinance to amend provisions of Office Research District to add new use (E-25, Motor Vehicle Fueling Center).

The Commission recommended that the Supervisors consider this ordinance, not as written, and move forward. Ms. Driscoll stated that this recommendation was not unanimous.

Mr. Mack asked to clarify what is meant by “consider not as written but move forward." Mr. Sander explained this is a use that is now recognized by the courts and has to be provided for within the Jointure so that right now the ordinance doesn’t have provisions for a motor vehicle fueling center or gas station/convenience store combined use. The recommendation is the township move forward with an ordinance to deal with that legality, but not necessarily this ordinance as written.

Ms. Driscoll said it was the applicant that crafted this ordinance and much of it does not coincide with our ordinances. The commission recommended the applicant go back and consider some of the recommendations made by the commission. Mr. Calabro suggested to create the usage within the jointure and then form our own ordinance. Mr. Sander recommends the Township reach out to the Bucks County Planning Commission and their partners in the jointure to determine any resources that can help the township establish the use and provide for it.

Arcadia Professional Consultants Fee Lawsuit - Authorization to File Appeal : Mr. Mack asked if any details could be provided. Mr. Sander said there is a portion of decision received that the judge stated that we disagree with and we want to protect the township going forward with regard to charging professional fees in PRD cases.

"I assume that this appeal is response to a lawsuit filed by Arcadia that was reported in A Feb 5, 2018, article published in the Bucks County Courier Times, which states that Arcadia asked a county judge to determine whether it must pay back the township $39,866 in fees it – the Township - paid for solicitors and consultants to review the developer’s proposal. According to the article, Arcadia also requested a court order for the township to return $17,132 of the developer’s $19,375 submitted cash escrow, which the township previously spent on expert review."]

Conditional Use - Iron Hill Brewery: Application of Iron Hill Brewery LLC for conditional use to operate an E-5 eating place at 2920 S. Eagle Road in the Village of Newtown. Attorney Joseph Blackburn represented the applicant. Mr. Calabro thanked Mr. Blackburn for addressing the parking issues. Mr. Fisher, in reference to the outside music, asked if there was a possibility for dual controlled volume and Mr. Blackburn confirmed that this was part of the proposal. [Mr. Calabro] asked if there was a way to reduce the outdoor seating area and after Mr. Blackburn discussed with Mr. Finn, who is representing Iron Hills, it was determined they could reduce the outdoor area by 20 seats.

Pollutant Reduction Plan: Mr. Hyne reviewed the Pollutant Reduction Plan (PRP). The Township has three impaired watersheds, Neshaminy Creek, Lake Luxembourg and Core Creek, The Township must reduce 202,252 lbs. of sedimentation per year for five years and will be implemented by basin and meadow conversions, inlet cleaning and stream restoration projects. Mr. Hyne provided a map to show targeted areas. This plan must be authorized by the Board and then be publicly advertised for public comment for 30 days, After this time frame the plan will go to DEP for approval.

Mr. Calabro asked if we have enough township basins that can be converted to meadows to reduce by 10%. Mr. Lewis clarified that the seven township owned basins will be converted to meadows along with under-utilized park areas. The manicured grass areas will be transformed into meadow areas which will also reduce fuel consumption and maintenance costs. Mr. Lewis believes the meadow and basin conversions will start this year

Newtown Township Complex Emergency Action Plan: Mr. Lewis explained that the Emergency Action Plan (EAP) is required by our insurance carrier. Chief Forsyth presented the EAP which was written in compliance with NFPA Standard 3000 Definition and Homeland Security standards. Chief Forsyth is looking for the Board’s approval of the EAP so staff training can begin. The purpose of the EAP is to ensure staff is trained and prepared for any critical incidents that may occur. Mr. Mack asked if the Board would be trained and Chief Forsyth said yes they could be. The motion passed 4-0.

Page 11: “Violent Incidents/Active Shooter”: This report does not specifically mention Supervisors, advisory Committee members, ZHB members, etc. at Public meetings – I am concerned about active shooter incidents at such meetings.

Page 12, Under “FIGHT” – says “be prepared for the fight of your life” and gives some pointers such as “try to attack the shooter's eyes and face” with “whatever makeshift weapon is available (pocket knife, scissor, screw driver, keys, etc.).”

Shouldn’t Supervisors, committee members – as well as employees – be trained in ALICE (Alert, Lockdown, Inform, Counter, Evacuate)? According to the ALICE Training website, the "Counter" aspect of the training does not involve confronting the active shooter: "ALICE Training does not believe that actively confronting a violent intruder is the best method for ensuring the safety of those involved. Counter is a strategy of last resort. Counter focuses on actions that create noise, movement, distance and distraction with the intent of reducing the shooter’s ability to shoot accurately. Creating a dynamic environment decreases the shooter’s chance of hitting a target and can provide the precious seconds needed in order to evacuate."]

Police Report: Police Chief John Hearn reported during March the Department responded to 1,846 calls including 53 traffic accidents and 15 arrests, 4 were DUI related. There were 319 traffic citations issued, 78 which resulted from the aggressive driving campaign. Read "March 2019 Police Report: Crack Down on Aggressive Driving!" 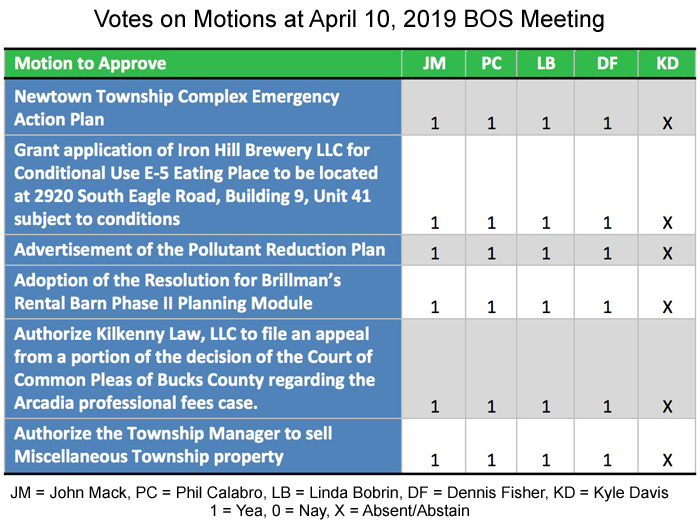