The following is a brief summary of the May 22, 2019, 2019, Newtown Board of Supervisors (BOS Definition) meeting based upon the official minutes of that meeting, which you can find here. In attendance and voting were Supervisors: Chairman Phillip Calabro, Vice Chairman Linda Bobrin, Secretary John Mack and members Kyle Davis and Dennis Fisher. Also in attendance were: Township Manager Micah Lewis, Township Engineer Leanna Colubriale and Township Solicitor David Sander.

Conditional Use - MOD Super Fast Pizza: Mr. Blackburn presented the application for E-5 and E-6 eating place at 2938 S. Eagle Road in the eastern most portion of proposed building eight at the Village of Newtown Shopping Center (see plan below). 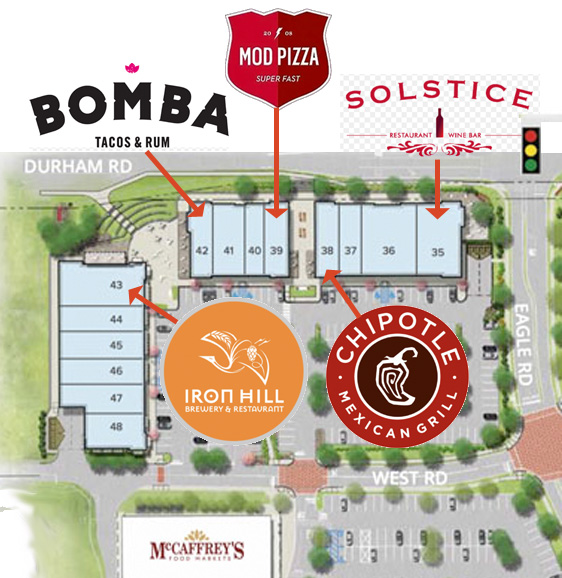 Mr. Mack asked about parking for this specific quadrant and how it relates to the rest of center. Mr. Blackburn said the retail space in this area totals 48,642 square feet which requires 228 parking spaces. He said the parking ratio is on a site wide basis and there are 217 spaces proposed for this area. Mr. Mack then asked Mr. Blackburn to review the concept of walkability as it relates to the shopping center. Mr. Blackburn stated the outdoor restaurant seating is a component of the walkability scheme as well as the enhanced sidewalk networks and traffic calming measures.

Historical Architectural Review Board: Mary Donaldson, Vice Chairman of HARB, reported three applications were reviewed at the May 8, 2019 meeting. The first for Affinity, a title company at 9 South Sycamore Street, for signage, painting, windows, roof, front door and guard rail. The second is for Guru Restaurant at 203 N. Sycamore Street for 3 wooden signs to replace the Saloon signs and the third is for Steven Robbins Eyewear for replacement of the sign at 41 Cambridge Street.

Emergency Services Report: Chief Forsyth reported the Fire Department had 101 calls for service during April; there were 44 fire calls, 57 calls for emergency medical responses, NESD responded to 74 calls and 27 calls to the Fire Association.

Mr. Mack: Mr. Mack was given a tour of the Tyler Park covered bridge trail restoration site. He also reported the Human Relations Commission will be receiving training on 5/28/19.

[More details (not in minutes): Walking Tour of the Tyler Park Covered Bridge Trail Restoration Site: On Friday, May 17, Mr Mack was given a tour of the Tyler Park Covered Bridge Trail restoration site by Joyce Ely, Director of the Neshaminy Creek Watershed Association. Recall that Ms. Ely made comments about Newtown’s Pollution Reduction Plan at the last BOS meeting on May 8 (see here). She also submitted a 4-page document that will be included along with the Pollution plan when submitted to the PA DEP (find that document here). The Neshaminy Creek Watershed Association received funding to plant 249 trees, 40 shrubs and 80 perennials this fall along the trail. I am told that this will add shade and provide caterpillars for feeding young birds – the only food they will eat (I was surprised to learn that the baby birds cannot eat bird seed, which was a disappointment to my wife!).

HRC Training: The Newtown Human Relations Commission members and members of other local commissions will receive training from the Pennsylvania Human Relations Commission on May 28 right here at the Municipal Center in Newtown. Afterward the Commission will be ready to go to work. If any resident feels that he or she has been discriminated against in housing or employment in Newtown and would like to bring a case before the Commission, you can call (215) 968-2800 and press 8 for the Administration.]

Mr. Fisher: Mr. Fisher reported the Department of Community and Economic Development (DCED Definition) grant was fully executed and sent back to the Commonwealth. The Finance Committee is working on the request for proposal. The Committee is also working on a survey to gather data on economic development for the township. 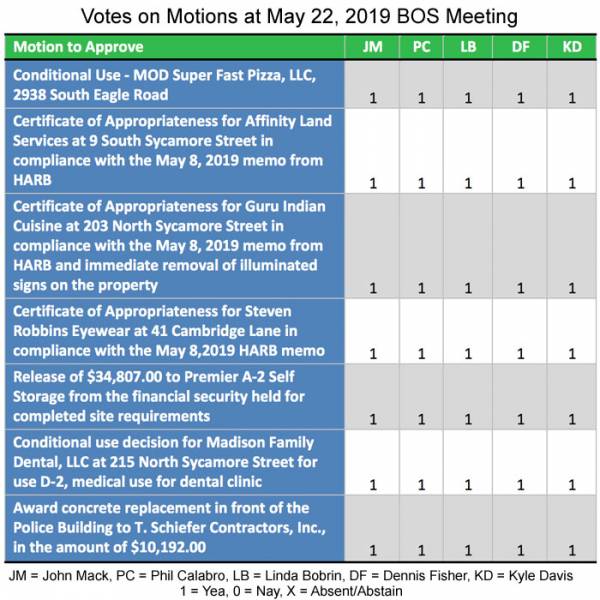