Democratic incumbent Newtown Township Supervisors John Mack and Dennis Fisher walloped their Republican opponents T.J. Butler and Dan Boyle in a record-setting municipal election that was marred by a vicious personal attack mailer orchestrated by the opposition (read about it in the Newtown Patch: "Vicious Politics Comes to Newtown Township!").

With all 8 districts reporting, here are the uncertified results: 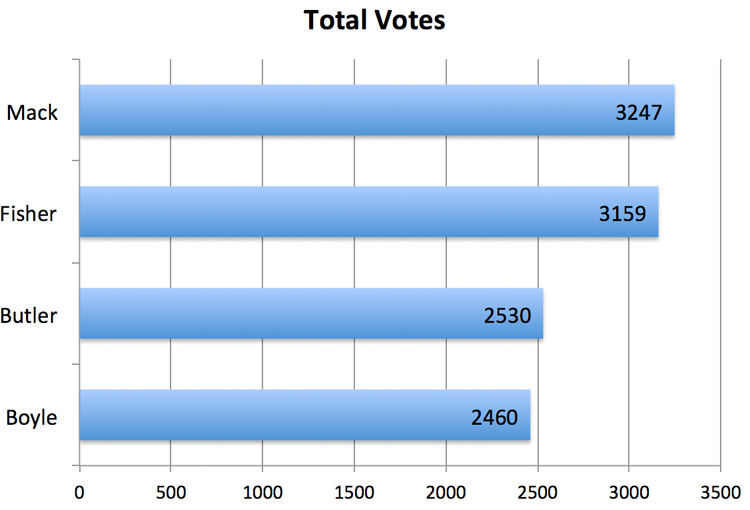 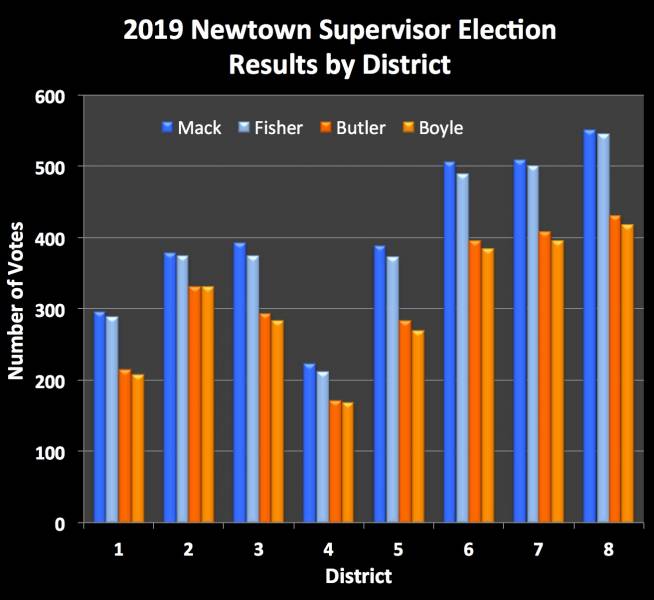 As I stopped at each polling place during the day, I was pleasantly surprised by the constant stream of voters. "It was sometimes difficult to gauge who voters were going to choose as they walked through the doors," said Dennis Fisher. It is estimated that nearly 5,800 Newtown Township residents voted this year compared to about 4,860 in 2017. This may be a record turnout.

While the opposition wallowed in vicious personal attacks - especially against me - the Fisher & Mack campaign fulfilled its pledge to run an ethical, issues-based campaign without stooping to the level of their Republican opponents who chose to go negative.

BTW, I have never "worked for" the pharmaceutical industry. I owned a small business publishing a newsletter focused on criticizing the marketing practices of the industry as an outsider. I retired that business in February, 2018, soon after being sworn in as Supervisor in January, 2018. In my farewell blog post (here), I warned of the “PharmaGovernment Complex,” which is the collusion between the pharmaceutical industry, lawmakers, and government agencies.

I said: “There has always been “collusion” between the pharmaceutical industry and lawmakers who have profited from financial contributions from the industry as well as help from industry “hired guns” (lobbyists) to craft laws benefitting the drug industry,” I said. “I’ve spent a lot of time writing about this in the past. Obviously, my efforts and the efforts of many others to shine a light on this has achieved very little return on investment. The amount spent on lobbying during the first nine months of Donald Trump’s presidency, reports the Center for Responsive Politics, was higher than in any corresponding period since 2012. In fact, "The D.C. Pharma Lobbying Swamp is Bigger & More Slimy Than Ever!”

Soon afterward I sold the assets of my company including the "pharmaguy" name and trademark to eHealthcare Solutions, which has since focused on a more collaborative approach with the industry (listen to this podcast).

Another Record Set by John Mack

I received the most votes of any candidate - Republican or Democrat - for Supervisor going back to at least 2007 (the earliest year of available election results). 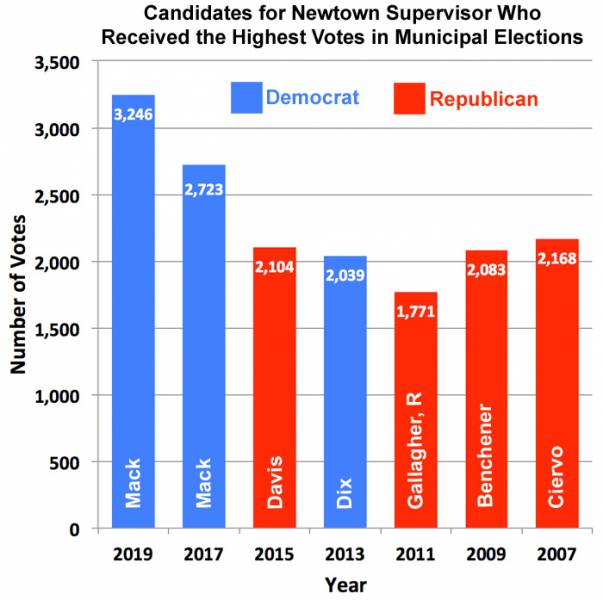 Thanks to All Who Voted & Volunteered

Dennis and I would like to thank all the citizens who came out and voted on Tuesday and especially those who voted for them. We also thank the members of our campaign team, the Newtown Democrats, and the dozens of volunteers and other supporters for helping make this victory possible! Also, a shout out to our families!