Newtown Township Police Chief John Hearn presented the Calls Report for February 2020 at the March 11, 2020, Board of Supervisors meeting. The following is a summary. Note: Not all calls are listed. See the full report embedded at the end of this post or download the PDF version here. 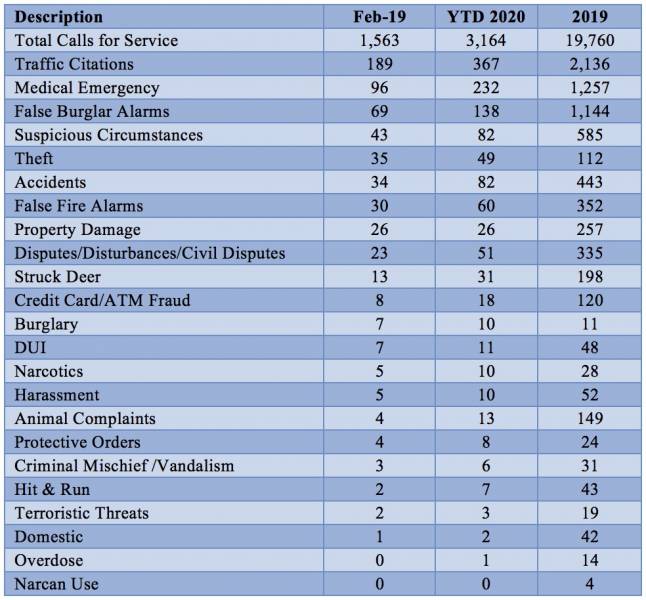 Chief Hearn reported that the police conducted a two-week traffic "blitz initiative" on Mill Pond Road after seeing posts on social media and after I inquired if any traffic calming measures could be implemented on that road at the February 12, 2020 BOS meeting. My inquiry was the result of discussions with residents at the February 10, 2020, Meet Mack Monday event. The initiative yielded the following:

There 35 thefts and 7 burglaries in February. Four of the reported burglaries were commercial burglaries along Sycamore Street. An individual was apprehended and charged with those crimes.

There were 5 calls for Harassment (UCR codes 2410 and 2450) in February as well as in January, 2020. Considering that the Newtown "Love is Love" resolution, which was passed just minutes before Chief Hearn's report (see here), states that according to the Peace Center, a non-profit educational organization based in Bucks County, reports that LGBTQ + minority youth in our community face harassment, violence and discrimination, I asked the Chief for more details. What, for example, constitutes “harassment” under these UCR codes? The Chief did not have those details and invited me to follow up with him after he reviewed the specific reports.