Highlighted in the table below are calls that show a significant increase compared to 2019: Credit Card Fraud, DUI, Criminal Mischief, and narcotics. And 2020 is not over yet! These types of calls might be expected to have increased due to the financial and emotional stress due to COVID-19 even though during the red phase of lockdown - from the end of March to the 3rd week of May - calls were down significantly (see chart below). 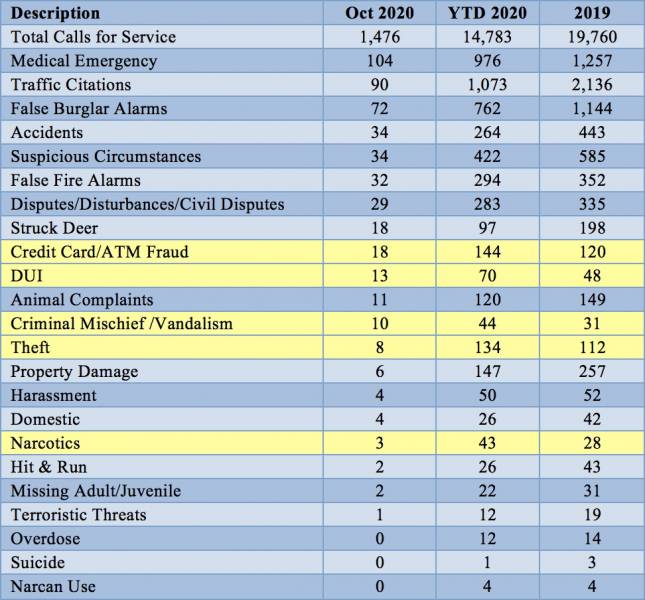 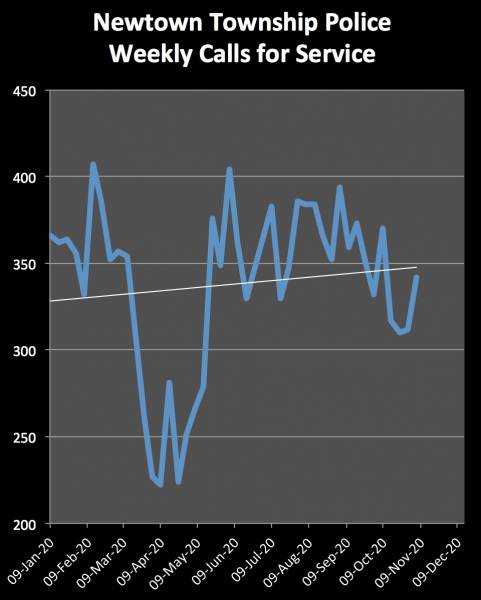 Part 1 Crimes Are Up

Another way to look at crime in Newtown is to focus on serious crimes - so-called "Part I" offenses such as murder, manslaughter, sex offenses, robbery, aggravated assault, burglary, motor vehicle theft.

In 2019 there was a total of 152 Part I crimes. We already reached that number at the end of October this year mostly due to an increase in Larceny/Theft, which totaled 103 in 2019 versus 118 this year through October (see table below). 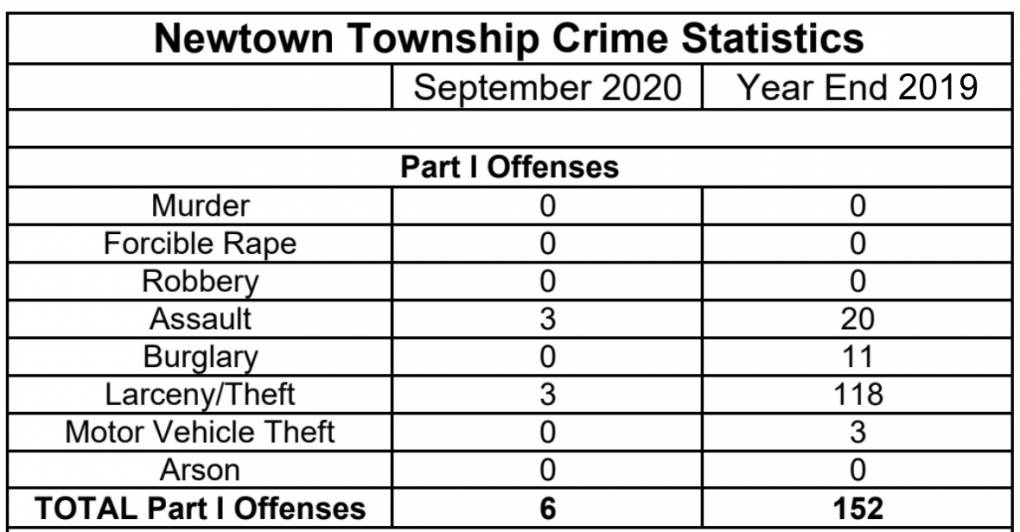 From the Incident Blotter

November 4, 2020: The Newtown-Makefield Truck Enforcement Task Force conducted a Commercial Truck Detail on the Newtown Bypass and Campus Drive. Twelve trucks were stopped and inspected. As a result, ten violations were found. Two trucks were placed out of service, and three citations and seven warnings were issued overall.

November 3, 2020: At approximately 9:00 am a Newtown Township resident contacted police to report a fraud. He explained that he received a call from someone claiming to work for Social Security. The caller claimed to have a warrant for the resident’s arrest and gave him a case number. The resident recognized this as fraud but felt uneasy about the possibility of a warrant. Police confirmed that there were no warrants for him and advised that this is a common scam.

October 24, 2020: Newtown Township Police Department partook in the National Prescription Drug Take Back Event and accepted unused, unneeded, or expired medications at the Newtown Township Administration Building from 10:00 am to 2:00 pm. In Bucks County, the grand collection total was 14,362 pounds. If you missed the event, no worries! You can still safely dispose of your medications at the collection box located in our police lobby. For more information, please contact us at (215) 579-1000