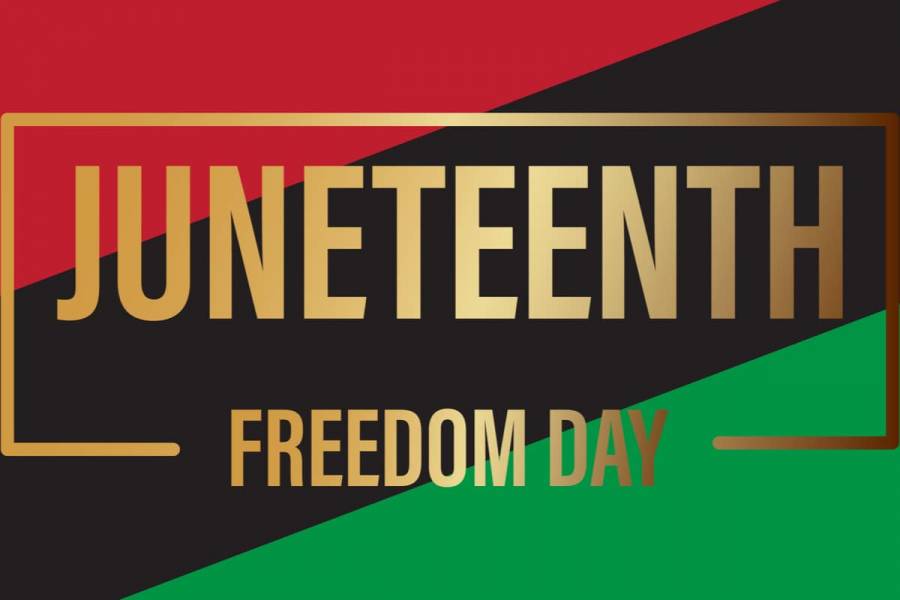 A RESOLUTION OF THE BOARD OF SUPERVISORS OF DOYLESTOWN TOWNSHIP, BUCKS COUNTY, PENNSYLVANIA DESIGNATING JUNE 19th AS JUNETEENTH FREEDOM DAY

WHEREAS, Juneteenth is recognized as the oldest commemoration of Black economic liberation in the United States; and

WHEREAS, the last people legally enslaved in Bucks County were freed from slavery in Doylestown Township in 1824 into indentured servitude for decades longer; and WHEREAS, President Abraham Lincoln first issued the Emancipation Proclamation effective January 1, 1863, freeing enslaved people in the South. However, southern slave owners ignored that order. On June 19th , 1865, Union soldiers arrived in Galveston, Texas and enforced the President's order, freeing the slaves two and a half years after it was first decreed. This day has since become known as Juneteenth; and

WHEREAS, Through other systems of oppression, such as sharecropping, Jim Crow, redlining and mass incarceration true equality has yet to be realized for Black Americans; and

WHEREAS, Today Black Americans face inequities in our judicial system, medical systems, employment and housing as the lingering effects of enslavement and racism; and

WHEREAS, Juneteenth was recognized as a state holiday in Pennsylvania on June 19, 2019.

NOW THEREFORE BE IT RESOLVED THIS 4th day of May, 2021, that the Doylestown Township Board of Supervisors adopts this resolution and designates June 19th, as "Juneteenth Freedom Day", recognizes the historical significance of Juneteenth Freedom Day to Doylestown Township, and supports the continued nationwide celebration of Juneteenth to provide an opportunity for the people of the United States to learn more about the past and to better understand the experiences of the Black community that have shaped the United States and to rededicate ourselves to work toward freedom and equality for all.