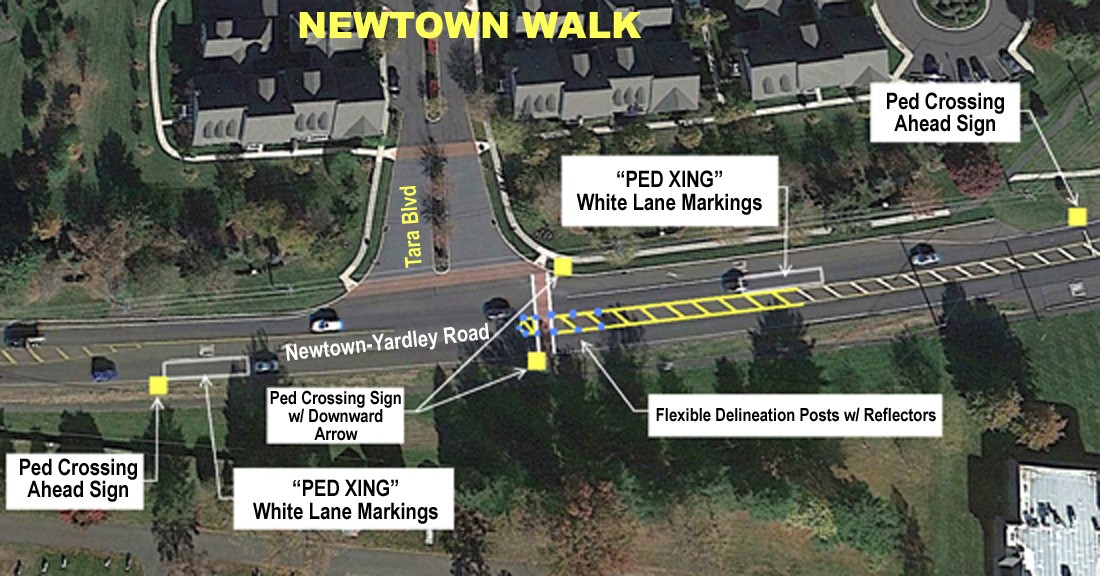 UPDATE (12/19/2022): After meeting with PennDOT officials RVE – the township engineering firm – informed supervisors that "Newtown-Yardley is a Township Road. PennDOT does not have specific involvement with the speed limit reduction on a Township Road.

“To help create a more uniform posted speed along the corridor, increase pedestrian safety at the existing crossing, as well as improve pedestrian and transit connectivity to the Borough, there is a benefit to lowering the posted speed limit to 25mph from the Newtown Borough line to the signalized intersection with Dolington Road/Terry Drive,” said RVE  in an updated traffic study memorandum.

UPDATE (12/21/22): RVE had a meeting with Police Chief Hearn regarding the possible reduction in speed limit from 35mph to 25mph along Newtown-Yardley Road near Tara Boulevard. The Department had no objections to implementing the reduction and will enforce as they are able to with their available resources.

Regarding RRFBs, a PennDOT permit is required. PennDOT will need to review and approve the design of the RRFB."

Several residents of Newtown Walk are concerned about pedestrian safety at the intersection of Tara Boulevard and Newtown-Yardley Rd. On September 12, 2022, Newtown Township Manager Micah Lewis notified supervisors of additional safety improvements to this crosswalk, which allows residents access to the Newtown Township Trail, Newtown Borough, and points East along Newtown-Yardley Road

The new safety measures include:

The work will be completed in-house by the Public Works Department once the materials are received.

In addition, the bus stop location will be moved to the  Lower Dolington Road (LDR) and Barnsley Blvd entrance to Newtown Walk as soon as possible.

Although in-street pedestrian signs and piano striping has been added to the crosswalk to make it more visible, residents  requested more, including: 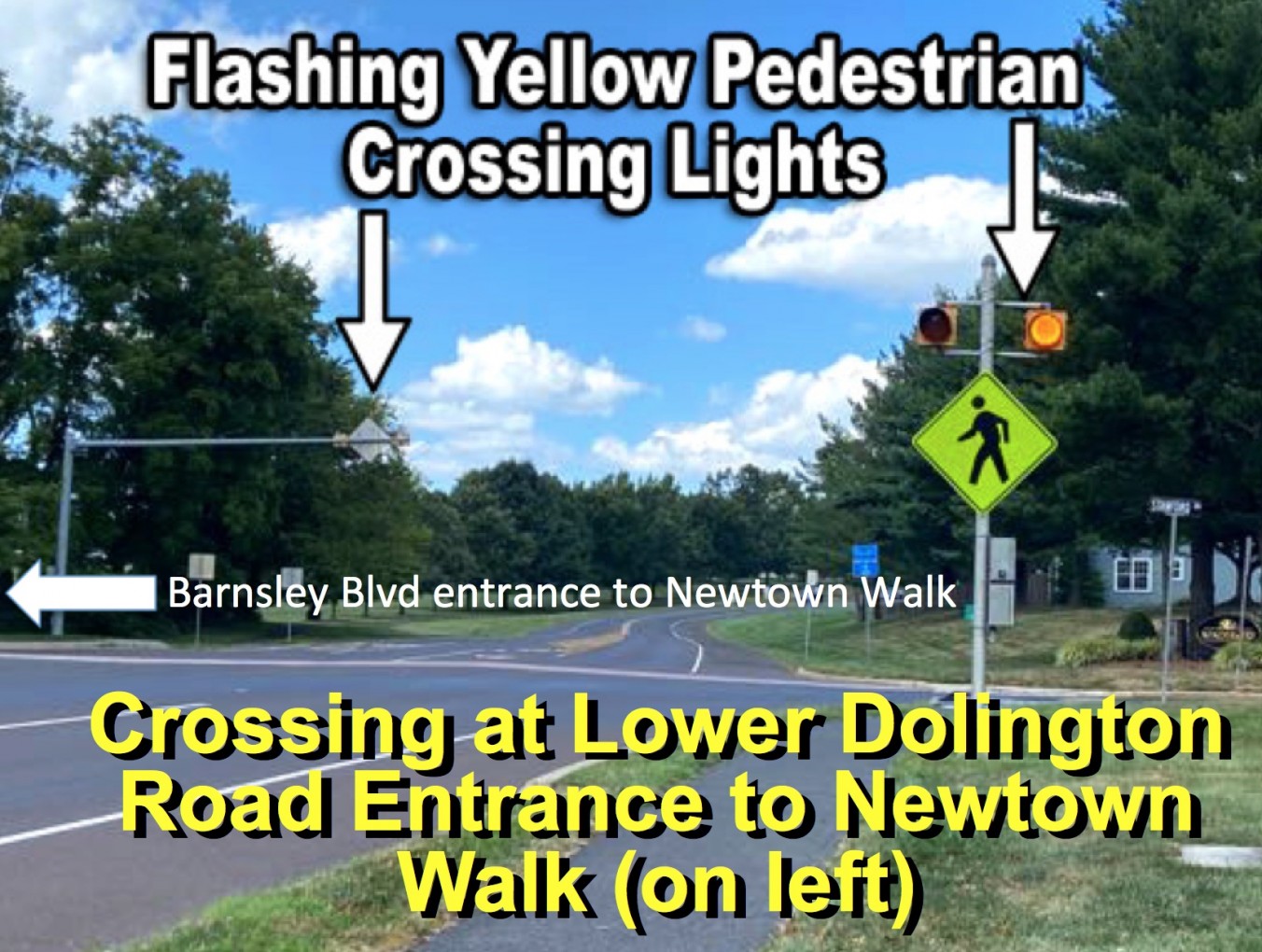 At the August 10, 2022, Board of Supervisors (BOS) meeting, Newtown Township Police Chief Hearn gave a report regarding this issue. In case you haven't yet seen his presentation, you can view his presentation on Youtube. Here's what Chief Hearn said:

"We had an enforcement initiative at Tara Blvd and Newtown Yardley road as a result of complaints received to the board and to myself via email. We had 47 separate details at that location over 29 hours including myself and Lieutenant Harris on separate occasions. There were videos of compliance of the yielding to pedestrians. There were 93 pedestrians to cross. There were only six violations observed and in each violation the driver's behavior was not egregious and on at least two occasions the violation was made by the pedestrian."

Meanwhile, there have been suggestions that the township should look into using the ARPA funds as a way to cover the costs of blinking pedestrian lights similar to those on LDR. The township has instructed the Township Engineer to investigate what a blinking light may cost, including application to Penndot, ongoing maintenance, etc. There are varying styles of lights and each has pros and cons. It is hoped, however, that the improvements mentioned at the beginning of this post will address residents’ concerns.