Top
If You Believe Gerry Couch, I Have a Bridge to Sell You!

If You Believe Gerry Couch, I Have a Bridge to Sell You! 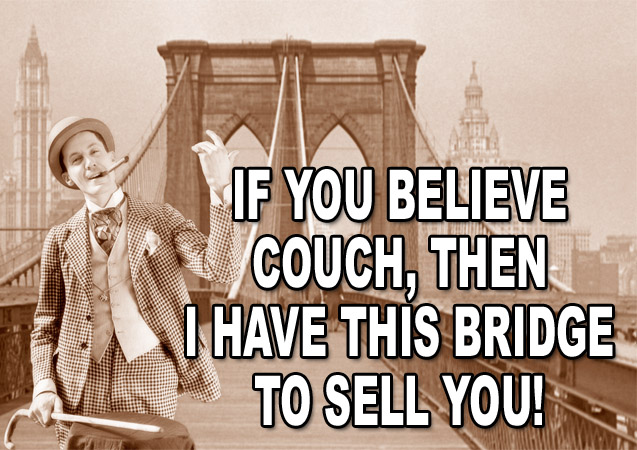 Former Newtown Township Supervisor Gerry Couch engaged in a despicable misrepresentation of the facts in order to undermine the trust in and respect for the new Board of Supervisors!

In a letter to the editor published in the February 5, 2018, issue of the Bucks Courier Times (BCCT), former Newtown Township Supervisor Gerry Couch accused Democrats on the current Board of Supervisors – yours truly included – of raising taxes by $1 million and claimed that “taxes are going up $168 for [the] average household” (see letter shown below). 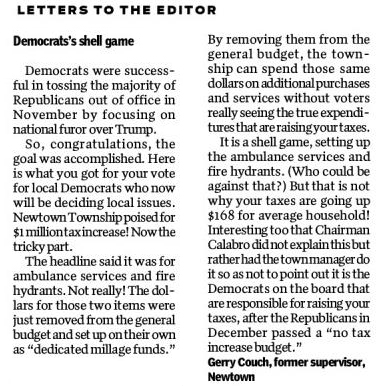 First of all, Newtown is NOT “poised for a $1 million dollar tax increase” as Mr. Couch claims. Oh, yes, I forgot. According to the BCCT editors, the mistake was theirs. “Basically, all of our articles get looked over by an out-of-office copy desk,” a source inside the paper told me, “and in this case, someone unfamiliar with municipal government mistook "1-mill" for ‘$1 million’ and changed Mr. Couch's original letter before it went online.”

Really?! I find that hard to believe. Whatever!

This is a particularly telling “mistake” because Mr. Couch is a financial planner and was the Assistant Treasurer while on the Board of Supervisors. So you would think he knows how to transform a 1-mill tax increase into a dollar amount for the average household.

The editors of BCCT should be ashamed of themselves to allow such an obviously fake number to be published. This "fake fact" should have been known to be incorrect based on a previously published article that included the correct data. This sloppy journalism has had consequences. It undermines the trust in and support of our local government, which has already received many phone calls from residents. 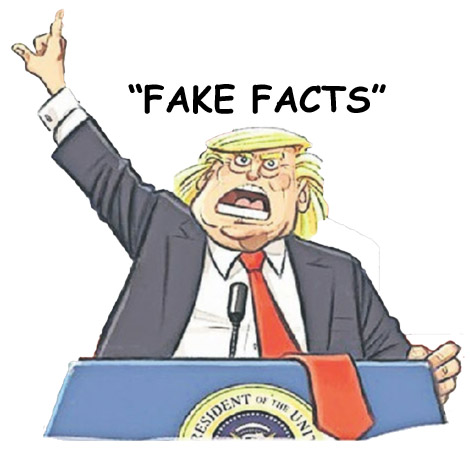 But the main culprite here is Mr. Couch, who I believe has engaged in a despicable misrepresentation of the facts. Maybe, however, Mr. Couch is not a purveyor of “fake facts” but simply does not know how to do grade school math. I don’t know which is worse.

In what must be a first, the Courier Times printed two corrections regarding this letter on two consecutive days! Talk about closing the barn door after the cows have left!