The following is a brief summary of the February 10, 2021, Newtown Township Board of Supervisors (BOS Definition) public meeting based upon the official minutes of that meeting, which you can find here. You also can view the video archive here.

January 2021 Report: Joseph Schiavoni, Public Works Director, reported that the Department continues to monitor the parks throughout the winter, has repaired 34 streetlights, answered 74 PA One Calls, repaired numerous potholes and cracks in the roads and have had two snow events.

Regarding the Road Program, he said that he keeps lists and working with the Township Engineer, revisits all of the roads and creates the new list of roads in need of repaving. He does not keep a database, but he can provide copies of the lists he has kept through the years. Some Homeowners Associations report roads in very bad condition, as do some individual residents, but he and the Engineer always confirm conditions in person. In response to further questions from the Board he said that has not had an opportunity to use the new pothole repair equipment because of the weather and he hopes to use the equipment more when the summer staff is available.

Reports from Board Members

Phil Calabro: Mr. Calabro recently learned that Council Rock School District will be raising taxes again this year and he expressed dismay that although the district raises taxes every year, it does not experience the public outcry that the Township recently faced when it raised taxes for the first time in many years. He noted all that the Township provides its residents, including road repair and plowing, police and fire protection services, and suggested that the District could make its facilities available to residents when not in use by the students. Residents might enjoy use of the pool, weight rooms and other amenities.

Mr. Mack asked whether the School District charges the Park and Rec Department a fee for its use of the school facilities for programs and camps. As CRSD Liaison, he will be meeting with School Board members and can discuss this.

David Oxley: Mr. Oxley said has shared with the Board a memo from the Economic Development Committee (EDC) outlining their ideas and recommendations to create a business friendly Newtown Business Commons and he asked the Board to consider the EDC’s suggestions.

Police Report: Police Chief John Hearn reported that the Department responded to 1536 calls, including one investigation at Newtown Middle School, 18 arrests and 18 deer/vehicle collisions. He reminded the public of the many fraud schemes conducted over the phone. The Department will be assisting in the County Covid Vaccination program. In response to Mr. Mack’s questions, Chief Hearn said that the officers have been offered Covid vaccines. He has reviewed the Township’s statistics on racial profiling and found that 92% of traffic stops have been of white drivers, which is consistent with Newtown’s demographics. He also noted that most stops are made at night when officers cannot easily see the drivers’ faces. Only recently the State Police have been requiring this information. 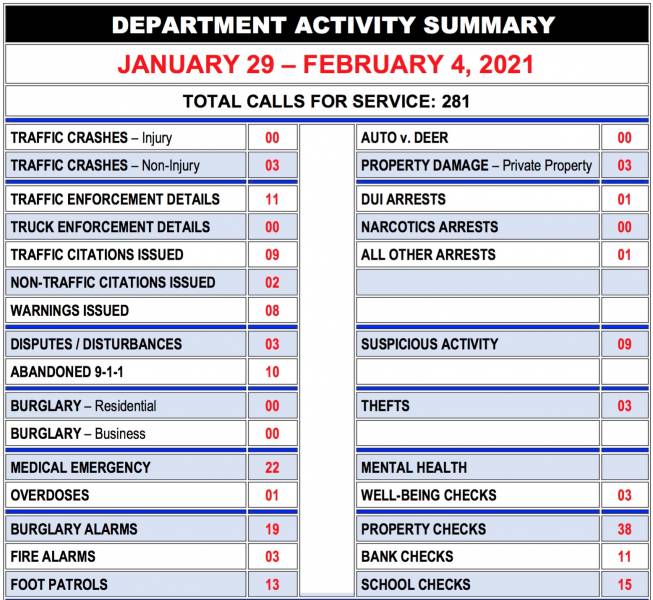 Summary of Votes on Motions

The following are my personal notes that I used to prepare for this meeting. You can also download the PDF version here.